Requiem for the plastic payment card

What’s paper-thin, includes a computer that doesn’t need batteries, and remains intact when you toss it off a skyscraper? Sounds like NASA stuff, but it's just the good ol’ plastic payment card. 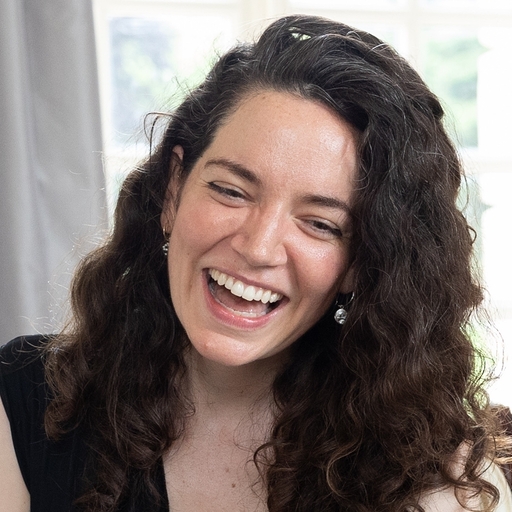 We love to indulge in a little “How it Works”. Lightbulbs, automobiles, airplanes, plumbing…it’s hard to imagine life without these technologies, and they are cool inventions to learn about. Here at Swan, we geek-out over payment methods. Humans have come a long way when it comes to transactions. We’ve gone from bartering goods and services, to using paper money, then checks, then plastic cards. The plastic card, with its embedded smart chip, is a truly fantastic object.

What’s so great about that slice of plastic in your wallet?

The plastic payment card is alive and thriving, for now. In fact, we’re currently busy printing batches of cards for our clients — cards with their brand, connected to their very own banking service. It’s fun for the ego, too, to see your own logo on a payment card, feel the freshly printed card in your fingers, and make that first payment…

Still, we admit the plastic card’s days are numbered as we move (hopefully) towards a plastic-free society. It isn’t exactly dying — it’s digitalizing. Becoming another technology within a technology. Like radios, flashlights, calendars, DVDs, the physical object is going obsolete. But the technology will continue to live on in the digital world. The Visa and Mastercard networks continue to reign supreme and aren’t going to be replaced by bitcoin anytime soon.

While the plastic object will become an artifact (or maybe the next mark of a hipster sensibility), the word “card” will likely remain in our vocabulary. Kids in 50 years will have never held a payment card in their hands, but they will still talk about using their “card” to buy stuff. We will continue to depend on card transactions. Today, hundreds of billions of transactions are made every year with payment cards. Think about how heavily you depend on yours: to get food into your belly and cash in your pocket. The payment card matters.

So let’s do a little retrospective in its honor!

1949 The first credit card was a Diners’ Club card

The first credit card was imagined by a businessman who forgot to bring his wallet when he took some clients out for dinner. Thus came about the “Diners Club” card, a cardboard charge card. It was picked up by a bunch of restaurants in the US.

Since it was made of cardboard, the Diners’ Club card was quite easy to fake. We mentioned Frank Abagnale in the intro — this is the sort of card he could have easily forged. Still, it was a super-modern idea and a snappy marketing object. People were proud to have this card, to be part of the Club.

1958 BankAmericard set up a daring experiment

BankAmericard gave everyone in Fresno, California a plastic credit card and convinced all local businesses to accept them. People used the cards, a lot. But card technology wasn’t advanced enough yet to be able to confirm sufficient funds in the account, so people spent a lot of money they didn’t actually have. The losses were catastrophic. Despite this security flop, this early iteration of the card eventually led to the massive VISA and Mastercard networks (BankAmericard changed its name to VISA in 1976).

1960s saw the use of embossed lettering and credit card imprinters

The machine, which featured a built-in stamp of the merchant’s business information, let merchants imprint card and merchant info simultaneously on 3 carbon paper slips: one for the customer to sign, one to send to the bank for processing, and one for the merchant to keep as a record. This process meant there was a huge lag in account verification. The process could take days. So you could easily make an expensive purchase even though you actually have no money in the bank. Also, the embossed cards remained easy to fake, and signatures easy to replicate, making them quite vulnerable to fraud.

1971 the magnetic stripe was adopted for use in payment cards

It’s the same concept as the steel tape invented for making magnetic audio recordings in 1900. The first prototype for a magnetic stripe card, capable of reading and recording payment information, was developed in the 1960s at IBM. The company was under contract with the US government to develop CIA identity cards. It took two years to find a reliable process for applying the magnetic stripe and to develop a process for encoding it.

Widely adopted by card companies in the 1980s, the magnetic stripe greatly sped up the payment process. With just the swipe of a card in an electronic reader, the customer’s details were sent to the bank that issued the card. Computers could check whether the cardholder had sufficient funds to cover the purchase could confirm or decline the request within seconds.

Henceforth, merchants were able to know for sure a payment had gone through. But cards still remained vulnerable to fraud…

Personal Identification Numbers came along with the invention of the ATM machine. The first ATM was that of Barclays in London. At first, it accepted checks rather than cards and matched the PIN to the check. PIN codes began to have a strong impact once they were associated with card payments — this process became significantly more secure than traditional methods. Comparing signatures could finally become a thing of the past.

1980s most cards began to feature a hologram

As printing technology improved, it became easier and easier to produce counterfeits of early payment cards. So rainbow holograms, once something of a lab curiosity, were embedded into payment cards to make them harder to duplicate. Pretty.

The smart chip is a truly marvelous, minuscule invention that we all carry around in our pockets. It’s in your credit card, SIM card/phone, transportation pass, social security card, passport, and more.

If you’re not French, you might have thought “um, no…” when you read this title alleging the smart chip came about in 1974. That’s because the French actually adopted the smart chip long before the rest of the world!

There’s a seriously interesting Frenchman behind the smart chip’s invention.

Born in 1945, in Cairo, Egypt, and raised in Paris, France, Roland Moreno was a university drop-out who took on a bunch of odd jobs. He was a courier, a reporter at Detective Magazine, a sled-builder 🛷. All the while, he became self-taught in electronics and began inventing useless objects. One machine launched marbles into the air.

This video from 1968 shows Roland Moreno in his element (even if you don’t speak French, we highly suggest you take a look, it’s amusing): https://www.ina.fr/video/I16096604

While Roland Moreno got a kick out of making frivolous electronic gadgets, he understood the serious potential of his microchip to be a useful security feature and revolutionize our lives.

The smart chip is basically a teeny tiny computer with no screen, no keyboard, no power cable. The idea was a miniature circuit board that could hold secure, electronic data. It’s like a hard drive in there, with personalized and portable memory.

Your card’s chip is absolutely one-of-a-kind. It tracks your card payments and limits, so you can even pay offline. It’s the home of your PIN code as well as some other key info that proves you’re you. And the chip is impossible to forge; all the info contained in it is physically impossible for any device to read!

The smart chip’s utility is not limited to payments.

It took Roland Moreno 15 years to convince the world of the chip’s security potential. First, it was adopted by French banks, who deployed it throughout France. They understood the chip + PIN code combo was an ultra-secure option for securing payments. Other French industries quickly caught on to the chip’s unmatched security power: it was added to payphone cards, transportation passes, and social security cards. The chip was eventually exported worldwide (but not until 1997!) It went on to pave the way for the SIM card in mobile phones and became widely used in modern passports.

Despite many attempts to hack this very smart chip, no one has cracked the code. We’ll be using this powerful, minuscule technology for many years to come.

Today’s virtual cards owe their heritage to the plastic version.

We have a lot of love for the plastic card here at Swan. It represents an advancement in human invention. And today’s virtual cards owe their heritage to the plastic version. But like radios, CD’s, and DVDs, they’re being digitalized. It’s better that way. Simply put, plastic cards belong in the 20th century.

Let’s be honest, digital is way better; they’re cheaper, allow instant issuing, and take less room in your pocket. And then there’s the hard-to-swallow ecological truth: manufacturers print about 6 Billion cards a year (this number is already decreasing). With a thickness of 0.76mm per card, if these cards were stacked on top of one another, the plastic train would be 4500 km long. That’s longer than the USA. 😶

At Swan, we’ve decided to be digital-first as we look towards an increasingly digital and ecological future.

But we have nothing against nostalgics who prefer vinyl and flip phones, so we are offering (really attractive) plastic cards in the short term. When you use Swan to create your own branded bank, your customers can receive virtual cards instantly upon order. For those who also want a physical version, they can order one and it’ll arrive by snail-mail just a few days later.

Swan is here to help your company and its customers enjoy the last few years of the plastic payment card’s glorious life, and at the same time prepare you for the digital future! So if you want to build your own banking services, and provide branded cards to your employees or customers, give us a call!

Swan's Sandbox is open. It's time to build.

Swan’s sandbox, which gives entrepreneurs and developers easy access to embedded banking, is open to the EU public!

Virtual IBAN, an end to the tedious task and ongoing resources required for accounts reconciliation.

With Swan you can assign limitless dedicated IBANs to each your account and use it as an identifier when receiving payments.

Even more embedded finance goodness! News, feature-updates, tips, tricks, and more. For all the fintech builders out there.

Thank you! Your submission has been received!
Oops! Something went wrong while submitting the form.